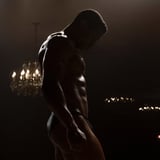 Jonathan Majors is stripping down for his next movie role. Before fans meet his boxing character Damian in “Creed III,” the “Ant-Man and the Wasp: Quantumania” actor will star in a forthcoming drama where he plays an amateur bodybuilder. Directed by Elijah Bynum, “Magazine Dreams” finds Majors’s character struggling to “find human connection as his relentless drive for recognition pushes him to the brink.”

Not much is known about “Magazine Dreams,” other than its A-list star fronting the movie, but Collider previously reported that the movie’s script, written by Bynum, appeared on the 2020 Black List – which recognizes the “most-liked” screenplays that have not yet been produced.

Read ahead for everything else we know about “Magazine Dreams” so far.

An official release date for the forthcoming movie is unknown, but it’ll make its world premiere during the 2023 Sundance Film Festival, which kicks off on Jan. 19.