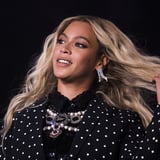 Just a little over a week after she released “Renaissance,” Beyoncé has announced a new collaboration: she’s joining forces with soul legends Ronald Isley and The Isley Brothers to release a reimagining of their 1975 track “Make Me Say It Again Girl (Part 1 & 2),” titled “Make Me Say It Again, Girl.”

On Aug. 9, Ronald shared a clip of the song on Instagram, letting the world know the collaboration was almost here. “WORLD PREMIERE of what we’ve been working on starting at 10am est and every hour on the hour over on your favorite @iheartradio station,” his post reads.

The Isley Brothers first teased the collaboration in a June 2021 Variety interview, long before Beyoncé announced the forthcoming “Renaissance” album. “She’s recording her part by end of June or first week July,” Kandy Isley said in the interview, referencing the “Break My Soul” singer.

Meanwhile, “Renaissance” is currently No. 1 on the Billboard charts, and Beyoncé has been as productive as ever, releasing a stream of new content since the album’s release, including a visualizer for “Break My Soul (The Queens Remix),” which features Madonna. She also recently celebrated the album’s release with a star-studded party at New York City’s Paradise Club entitled Club Renaissance.